The only requirement (or limitation, call it as you prefer) that the DVD Player+ has, is that the Windows PC that plays the DVD Disk and the Smartphone you use for Remote Control Playback must be connected on the same network.

A few words:
Thus, in a home connectivity scenario which is the most usual for our app. users, there exists one external network line for the Home's Internet, that goes to a Network Router. 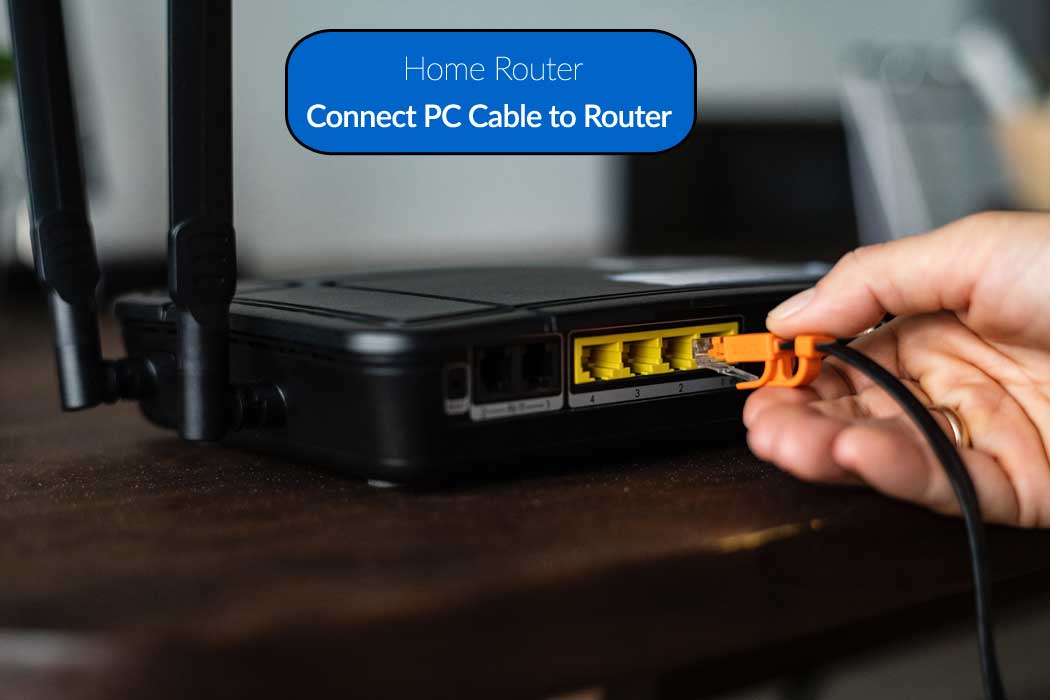 Router on Home - Plug Ethernet cable from PC
From the Router, the Windows PC is connected to it either through a cable wire (if it is a Desktop PC), or through WiFi (if it is a laptop). A laptop of course, can be connected by two ways, either by WIFI or with the use of a cable (if it has a built-in network card). 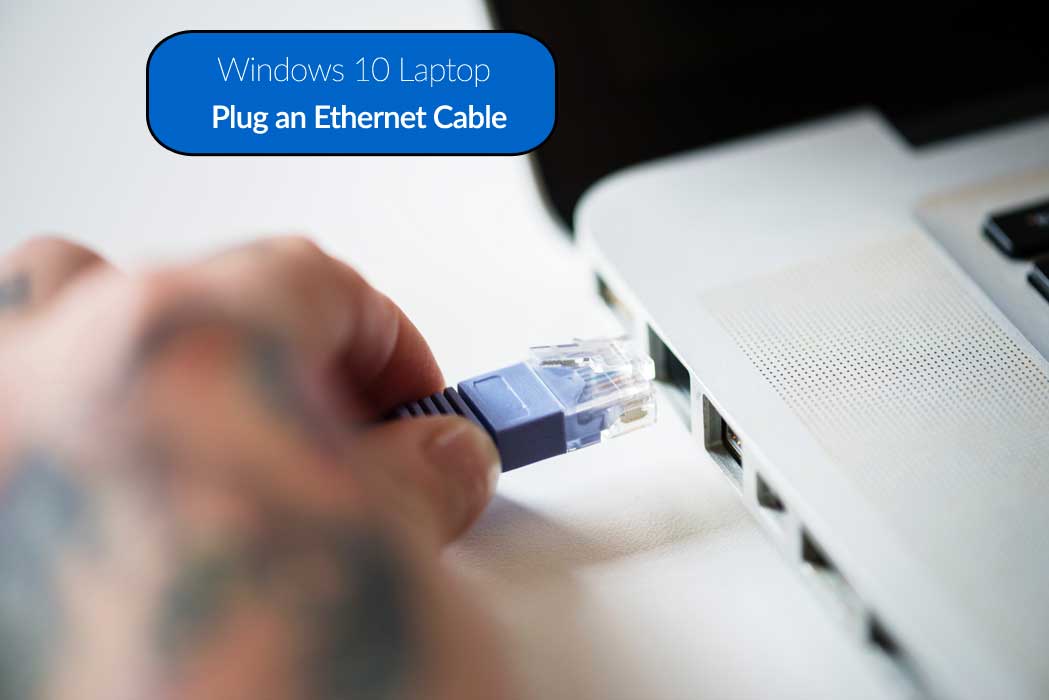 Laptop - Plug the Ethernet cable coming from the router.
On the other hand, almost all smart phones or tablets are connected to the same network through a WiFi connection to the same router.

All the above possible cases, Dektop/Laptop with WiFi or cable and phones/tablets are suitable for our connectivity requirement.

,One should ask what will happen if any of the involved devices (the Windows PC or the smartphone) has another active open connection than the Wifi that we need.

The answer is:
No problem at all !

The connectivity scenario we discuss, describes the required connection that the DVD Player+ application needs to handle the remote playback. Thus, the Windows PC may have simultaneously two or more active network connections (e.g. one through Ethernet cable with the router and one through Wifi) and the Phone may have together two connections: one Wifi connection with the Home Router and one with the Mobile Carrier of the phone. 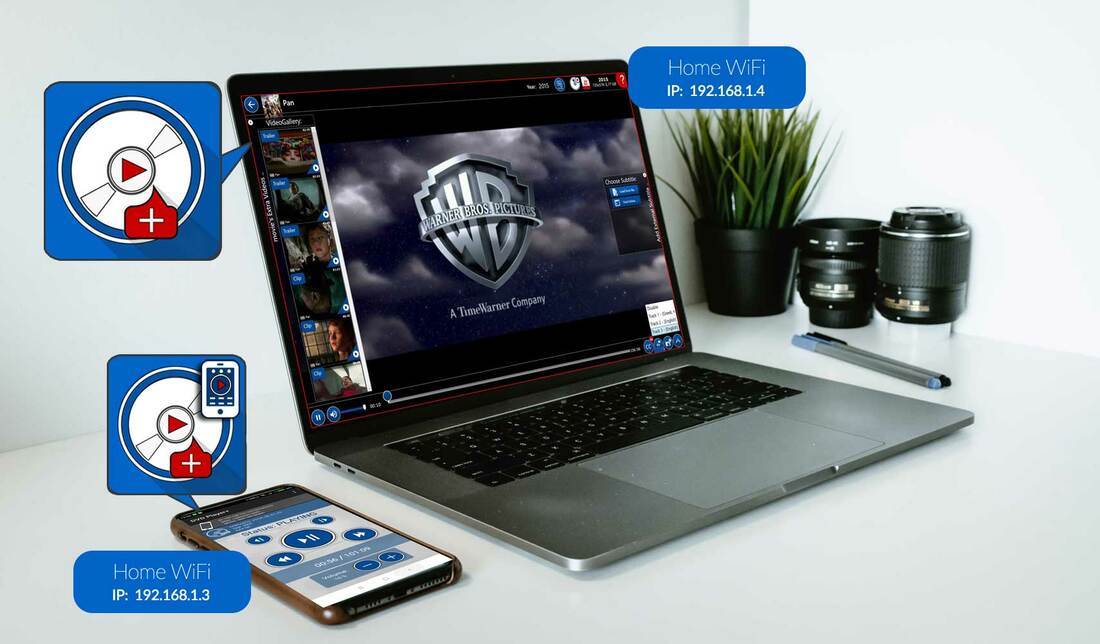 The above IP's are provided only to showcase the example. In a real life scenario the IP addresses are provided from the WiFi Hotspot and you can't handle them directly. You only have to connect your laptop and your phone on the same network!

The logic diagram of the two different cases that the app supports:

Wire & WiFi:
the Windows PC is a Desktop PC and it is connected to the router through a cable wire.
The smartphone is connected to the same network through WiFi.
The router is not required to be on the same room as the two devices, but the desktop pc must have a large length cable to plug in to the router.
Enough words. Let's take some action now:

If you have both the PC and the Phone connected to the same network, then you are able to actually start the Remote Control Connection.

Click below to move to the first Step where you allow your Windows PC to accept Remote Connections for control of the DVD Movie playback!