All the feature-buttons that the player supports, are organized inside 3 diferrent tabs, on the bottom left of the player. The tabs are named "Play", "Set", and "Effect" (1, 2 and 3 respectively as presented in the following image). Only one tab can be active each time!

The first tab "Play" appears and activated first by default (1). This tab contains the most basic and useful features of the player. In order to switch to the other tabs, you must click on the appropriate tab. 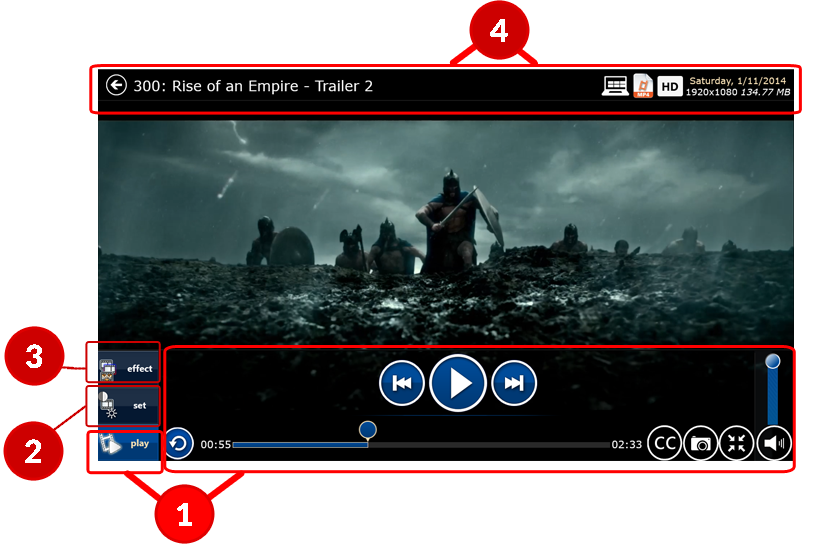 This version supports 14 unique real time video effects for viewing your videos (3D, Cartoon, Vintage, Warhol, Old Movie, etc). When the 3D mode is enabled you must wear your 3D anaglyph glasses in order to watch the 3D experience.

1) Active Tab: "effect". Selected effect: "Cartoon".
​The effect is autoapplied in the video currently played.
When the "Play" tab is active, you are provided with the most useful buttons to control the playback. The features are described below. 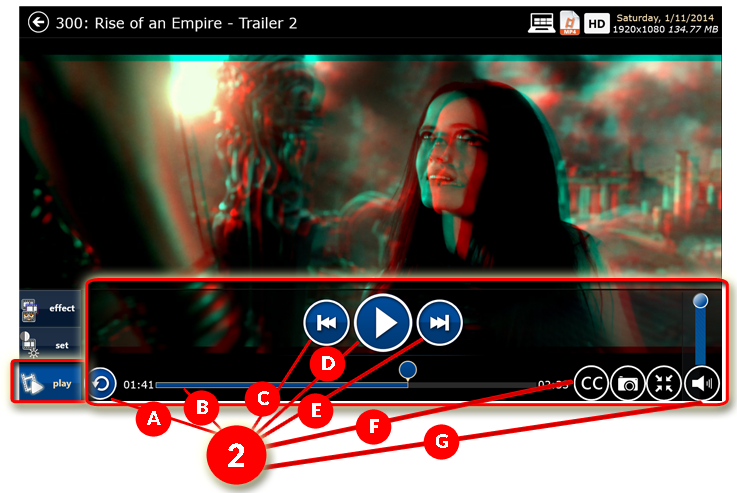 [A]: Auto-repeat the video when it is finished.  [B]: Slider for moving the video playback position.
[C], [D], [E]: rewind, forward and play/pause buttons.  [F]: Click to select a subtitle file for the video.
​[G]: Controls the playback sound.
Switch FullScreen On/Off during play 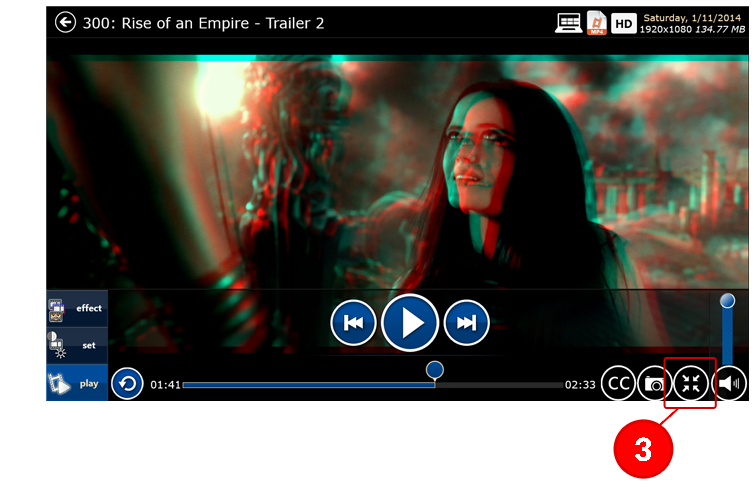 You can take snapshots of the video currently played. The snapshots are saved in the app's output folder as .jpg images. The video rotation you are viewing matches the saved snapshot. 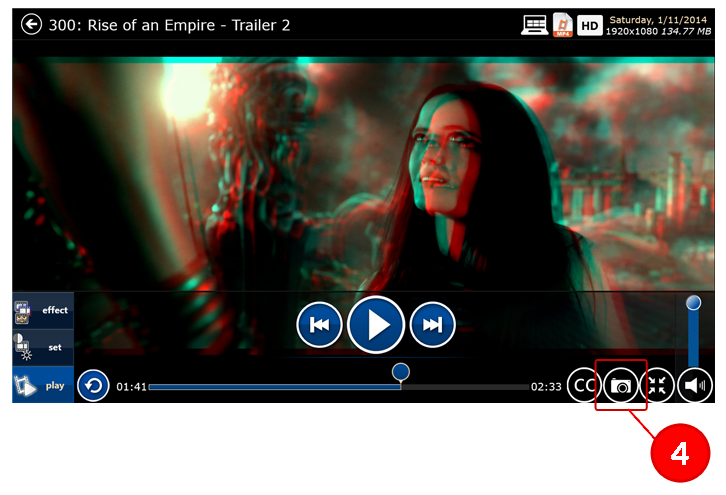 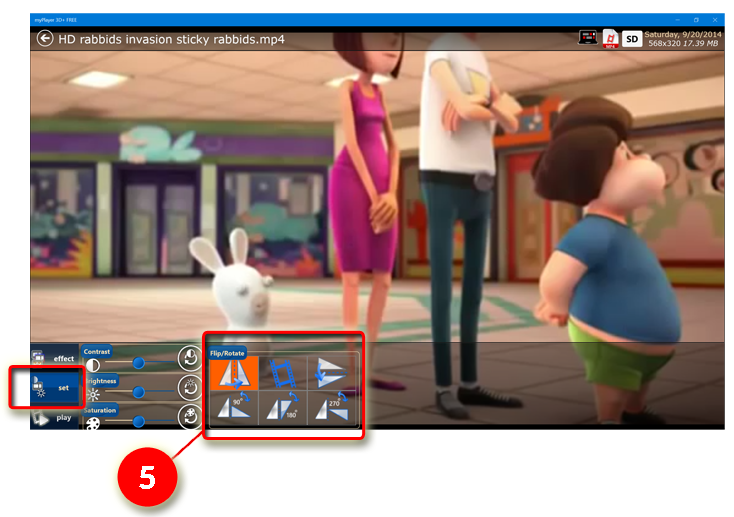 You are able to: Adjust the Brightness, the Contrast or the Saturation of the currently played video 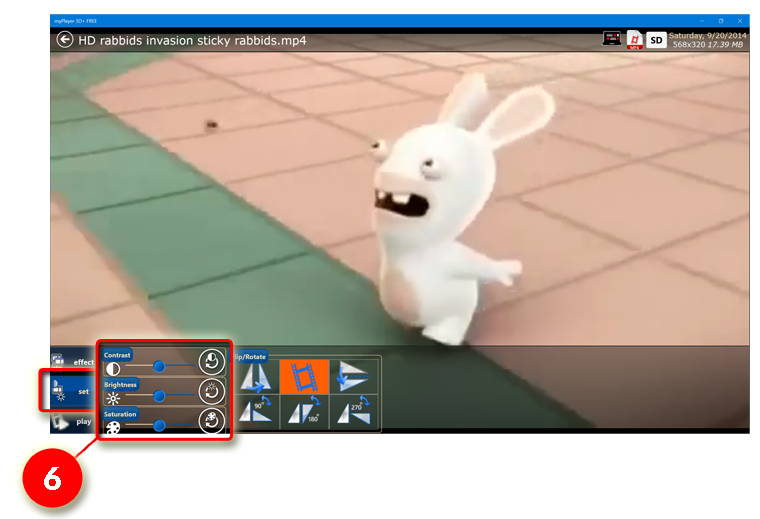