The "Video Speed+" application uses a nice User Interface when it comes to create a new video with a speed effect.
Thus, when you select a Video File from inside the app, the app autoshows a video preview and a list with all the possible options you have, in three different sections:
1) Here you select the Segment of the video you want to edit it's speed.
2) The options you have for the video speed: Slow motion, Fast Forward, etc.
3) The 4 options you have when creating a new video.

An example is shown below.
Important: The app can edit almost EVERY Video file type that exists, despite it's codec or format, even if you don't have installed in your PC a similar codec or media player app (e.g. for not Windows standard video formats, like webm, ogg, etc..) 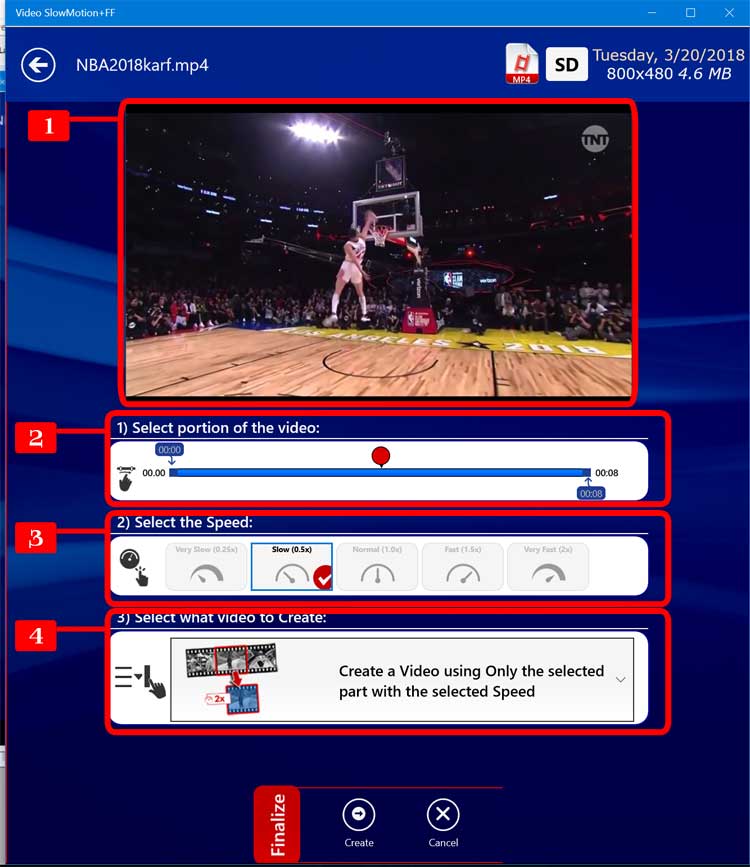 the Preview Options Form:
1) Preview Video  (in red): A video preview of the selected segment from Option 2, with the selected Speed from Option 3. Important: If you see any flickering during the live preview, don't bother at all. The final video will be perfect, and you should always play it with an external video player.
2) The segment of the video (in red): Use the Range slider below, in order to select only the segment you want to change it's speed from the whole video.
3) New Speed selection: Contains a list with all the avaliable Speed to apply in the selected video segment.
4) What to Create: Contains a dynamic list with 4 different options to create with the use of the selected segment and the selected speed.

For each Video, you are able to select only a specific range on the initial video to change it's speed. With this in mind, just select only the portion of the video that you are intersted. If you want to apply the new speed in the whole initial video, just don't change the range. This will always default to Start Positin of the Video (00:00) to the final position of the video.
​
An example of a selected ragne is shown below:

Selection: : In the above example screenshot, he user has select the segment from the 00:01 second to the 00:06 second. The speed for the rest of the video, before and after the segment, will not change (if you choose to participate on the final video). The new speed will be applied only to the selection.

The app supports four different speeds (two for Slow Motion and two for Fast Forward). Click on each speed and preview for the selected segment.

​A quick schema with the options is shown below: 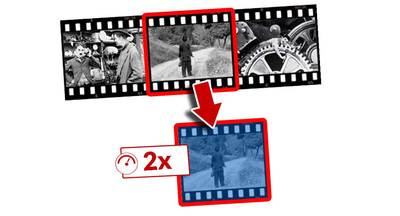 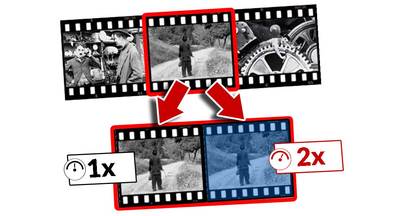 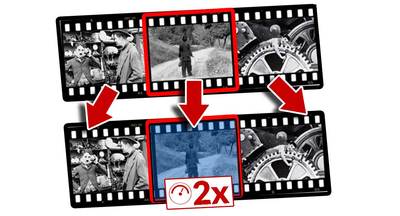 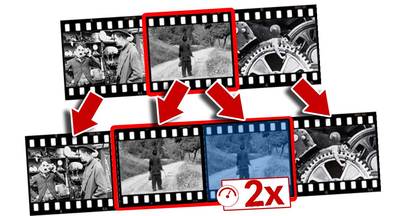 Each selection will create a completely different result. If you want to create a Replay of a scene from a personal video, we advice you to select the 4th option, where the scene of interest is replayed with the new speed just after the same scene with the normal speed.

The third option is used to act like a video effect, rather than a replay.

​Important: The 3rd and the 4th options are hidden by default. When you select a specific range of your video, then they become visible in the Options list.

An example of a simple Fast Forward of the whole video.
​It was produced using the 1st option.

An example of a video that a part of it is replaced with a slow motion.
​It was produced using the 3rd option.

The app supports many automations and speed effects.

As we plan to expand the app in the near future and to add more and more features (e.g. auto-timelapse videos, 8x and 16x speed, etc...., we will be very happy if you could send us your opinion for any future expansion. Just use the email support on the next page from here.

Also, you can do the same thing, if you think that we must clarify  some details for the video files, maybe with examples. We will be happy to provides us with feedback.
M.I.L. Team - 3D+ and more..
Vertical Divider