At this step, you are ready to start the video rotation. Preview the video, select the appropriate angle and start! 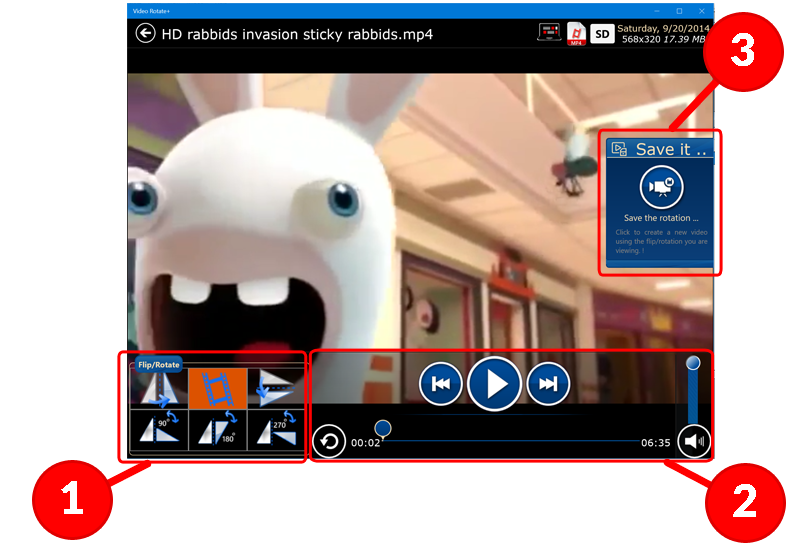 the Preview Screen:   1) Select the angle you want for the new video.   2) Control the playback. 3) Click to create the final video. 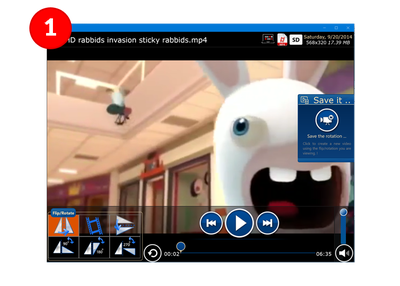 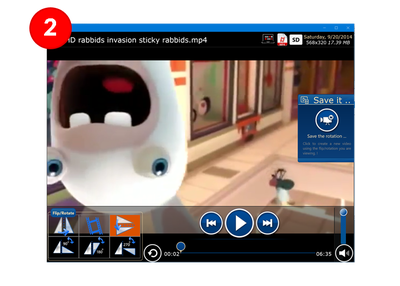 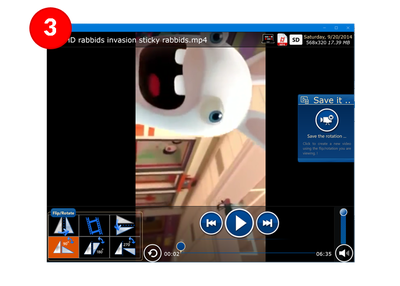 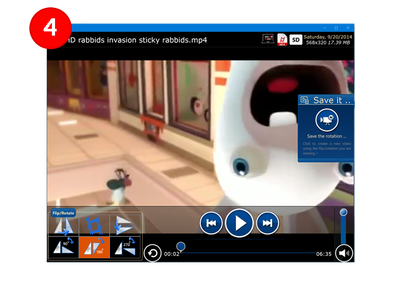 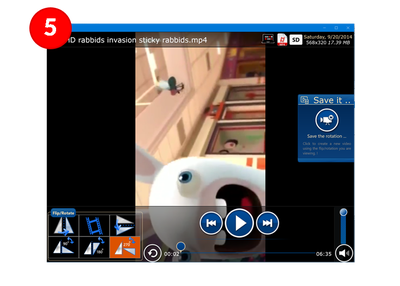 At this step, you are ready to create the new video. Choose the filetype you want and Click on "Start". Be careful with the filetype option (explained below).

MPEG-4 Part 14 or MP4 is a digital multimedia container format most commonly used to store video and audio.
- If you choose this codec, the new video will be produced with a high compression, that will result in a small file (as possible). It is identical when you deal with large video files.
- The file will have a ".mp4" extension.
- Use it as as your most preffered choice

Windows Media Video (WMV) is the name of a series of video codecs and their corresponding video coding formats developed by Microsoft. It is part of the Windows Media framework. WMV version 9 was adopted for physical-delivery formats such as HD DVD &Blu-ray Disc and became known as VC-1.
- If you choose this codec, the new video will be produced with a high compression, that will result in a small file (as possible). It is identical when you deal with large video files.
- The file will have a ".wmv" extension.
- Use this filetype insteed of MP4 when your new video will be shared and played in a Windows enviroment (PC, phone, XBOX).

Audio Video Interleaved (also Audio Video Interleave), known by its initials AVI, is a multimedia container format introduced by Microsoft in November 1992 as part of its Video for Windows software. Most AVI files usually aren't compressed at all. This leads to the best possible video quality, but produces a very large file.
- If you choose this codec, the new video will be produced without a high compression, that will result in a large file. It is identical when you deal with video files with a small duration.
- The file will have a ".avi" extension.
- Generally, avoid using this filetype because of the uncompressed video.

This options is critical when you are curious about the speed of the conversion. It doesn't have any impact on the quality of the new video.

If you leave it uncheked, then the "Hardware acceleration" option is used and the conversion will take place on the graphic card of your PC, instead of making software conversion. The default behavior is to use "Hardware Acceleration" for video conversion.

Depending on your PC's graphic card, there are cases (especially when you have old hardware), that the conversion will break. So, use it, but if you encourage any problems with the new video, re-try with the option checked.

Finally, you are ready. You have select the angle and the filetype for your new video. Now, click on the button "Convert" and relax... The app. will work for you.
Important:  The new video will be saved on your "Videos" folder by default!

​To browse the folder select: "My Computer" -> "Videos".
Also, the full path of the video will be displayed when the final video is created!

Converting Video Process:  A single video is converted 1) Watch the progress.
Remember that the whole process will be done as a background task, so you are free to leave the app. and get back after a while (but, you should not close the app.). When the process is done (100%) you will be informed about the path new video, the final size of it and you can immediately play it, share it (!) using the share charm option of Windows, or even delete it if you don't like the result. 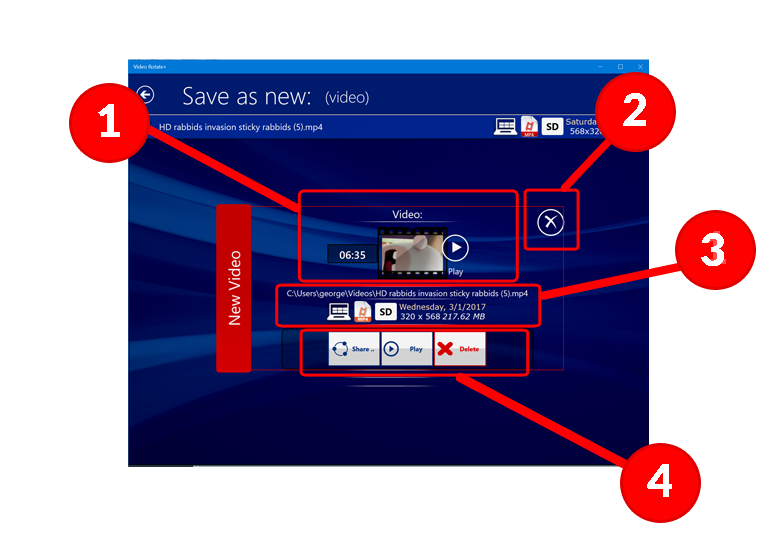 Conversion is Complete! :  A view of the final video.  1) The new video. Duration, Thumbnail and Play button.  2) Close the preview 3) The new details: path, HD or SD, time, resolution and of course the file size 4) Actions for the new video: Click on "Share" to share it with email, or to upload it (e.g. Youtube).
M.I.L. Team - 3D+ and more..
Vertical Divider